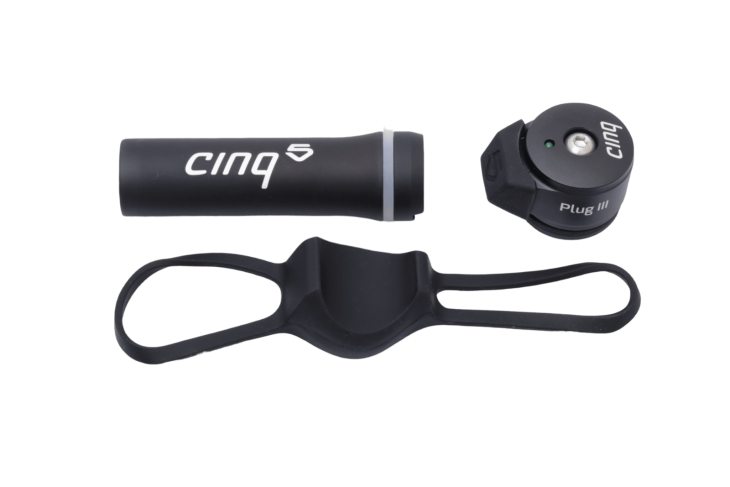 The Plug III works best with the SPP - buy this combo pack save! The Plug is beautiful in its simplicity, with complete integration of the electronics into the top cap. The internals are fully encapsulated in a polymer and contained in a housing made entirely of aluminum resulting in the best possible protection from humidity and external impacts.

Your questions - Our answers

I have general questions about the product (7)
1. What is the Plug III?

The Plug III is a USB power supply which is powered by a bicycle’s dynamo hub.

2. What is the plug III’s intended use?

The Plug III can be used on cycling tours of all kinds. There are no restrictions regarding the range of use, i.e. it can be used on trekking, touring, city and road bikes as well as on mountain bikes.

Not wired-in directly. The Plug III is powered by alternating current, as provided by a dynamo hub. It is not possible to connect it to the DC power supply of an e-bike battery. If your e-bike is equipped with a dynamo hub this can of course be connected.

4. Is there an external buffer battery?

5. Can I operate the Plug III together with a lighting system?

Yes, if the Plug III is connected parallel to the light. It is important to note that both the light output and the power of the plug are reduced if both consumers are switched on at the same time. Therefore we recommend "either/or" operation.

6. Is the Plug III protected against theft?

Yes, since the Plug III is bolted to the bike, it cannot simply be removed. For further theft protection we recommend the use of Hexlox.

7. Why doesn't the Plug III have an integrated buffer battery?

The Plug III is our device with integrated buffer battery.

I have questions about using the device (15)
1. Which devices can I use the Plug III with?

The Plug III can theoretically be used in combination with any device that is capable of external USB operation or which can be charged via USB and operated simultaneously. The Plug III is especially suitable for outdoor GPS devices. For operation on smartphones we recommend the Plug5 Plus because of its integrated buffer battery.

2. Can I charge/operate an iPhone or other smartphone on Plug III?

Yes, you can use it with an iPhone without a special charging cable. The exact functionality of your smartphone depends on the power requirements of your device. For charging or operating most smartphones we recommend the Plug5 Plus or the combination of the Plug III with the Smart Power Pack.

3. Do I need a special cable to charge my device?

No. Any standard USB cable with a suitable plug for your device can be used.

4. Is the state of charge of my device battery relevant?

Yes, a fully charged smartphone requires less power and therefore charges at lower riding speeds than a device that charges and operates simultaneously.

5. Can I simply charge a device without operating it at the same time?

Yes, when charging devices, we recommend switching them off for faster charging. Here, too, the charging performance depends on your device and its battery.

6. Can I use the Plug III incorrectly and damage my device as a result?

No, as long as your device meets the USB specification.

7. Will frequent stops at traffic lights or in city traffic damage my smartphone battery?

Not if your device uses a modern lithium ion or polymer battery. Although these only have a certain number of charging cycles, it is irrelevant whether the battery is charged in one go or in many small steps. If, however, you are frustrated by notifications when a device starts and stops charging, we recommend the use of the Plug5 Plus or our buffer battery "Smart Power Pack II", which enables continuous charging.

8. Is the Plug III waterproof or protected against splashing water?

The electronic unit of the Plug III is waterproof, the USB plug is protected against splashing water. The connector itself is not pretected when a device is plugged in. Avoid high pressure and streaming water at all costs.

9. Is it a problem if the USB port of my Plug III starts to rust?

Not necessarily. Depending on the where you ride and the weather, the metal contacts may corrode slightly. However, the formation of a "rust film" does not impair the function. For cleaning you can use a cotton swab with some alcohol.

10. My device only charges when riding above 26km/h.

In this case, your device requires too much power which cannot be provided at lower speeds. We recommend using the Plug5 Plus or Smart Power Pack.

11. My device does not charge at all, and the Plug LED status indicator always flashes.

First, check if your light's on. If this is the case, the light has higher priority. Alternatively, in this case your device may require too much power which cannot be generated by the dynamo hub. We recommend using the Plug5 Plus or the Smart Power Pack.

12. The LED of the plug does not light up, even if something is plugged in.

Check that the wiring is correct - see the user manual. Also check that the dynamo contacts are connected correctly.

13. My device changes quickly between charging and not charging. Why is that?

First, check if your light's on. If this this case the light has higher priority. Alternatively, in this case your device may require too much power which cannot be generated by the dynamo hub. We recommend using the Plug5 Plus or the Smart Power Pack.

14. Can the Plug III be upgraded to Plug5 Plus?

No, this is not possible.

15. Can I charge a Powerbank with the Plug III?

We recommend the Smart Power Pack and we have not tested other Powerbanks.

I have questions about technology (6)
1. Can I disable Plug III?

No. The Plug III needs virtually no power if no device is plugged in.

2. What does it mean when the LED is on?

3. What does it mean if the LED flashes when the device is connected?

The Plug III checks at certain intervals whether the dynamo is providing enough power to operate the connected device. If the LED goes off, you are moving too slowly, and the Plug III checks the status again after a few seconds.

4. At what speeds does the Plug III function?

This depends on various factors, including the dynamo hub used. The required 5V are always maintained. For example with 6V/3W and 26" wheels, charging is possible from approximately 5km/h. The actual function depends very much on the connected device and its power consumption. As a rough guideline, the speed required to power GPS devices is approximately 10 km/h, however, in our tests some smartphones with very high power consumption were charged only above 25 km/h. In order to make optimal use of the dynamo's low power when riding slowly uphill slowly or to counteract charging interruptions during traffic light stops in city traffic, we recommend using our Smart Power Pack buffer battery - this can be charged from 7 km/h!

5. How much power does the plug provide?

The power provided depends on the speed. For reference, the output voltage of the Plug III is always 5V. The USB 2.0 nominal current of 500mA at 5V is provided from approximagely 12 km/h. For many devices this is the maximum charge current, and a higher output would not charge the battery faster. This is not the case for modern smartphones.

6. Which dynamo hubs are suitable for use with the Plug III?

The dynamo should provide a power of 3W at a voltage of 6V. Older rim or tire models and 1.5W dynamos usually do not deliver enough power.

I have questions about assembly (7)
1. In which bikes can I install the Plug III?

In any bike with a stem that meets the 1 1/8" standard, except for bottom closed carbon forks. The Plug III cannot be used on bikes with Speedlifter, as it is not possible to run cables through the head tube.

2. How do I connect the Plug III to the dynamo hub?

The Plug III must be connected in parallel to the lighting system.

3. Can I install the Plug III by myself?

Yes, but in case of any doubt you should have the installation carried out by a dealer or specialist.  With some manual skill and the appropriate tools listed in user manual, installation should not be a problem.

4. What do I have to pay attention to during assembly?

5. Do I need special tools for assembly?

No. When retrofitting your existing bike, note the removal/modification of the Star-nut. On our Youtube channel you will find a video on how to remove it.

6. Is there a special Star-nut?

Yes, included with the Plug III is an Aheadset expander. This simplifies assembly as well as installation and removal. When retrofitting your existing bike, note the removal/modification of the star-nut.

7. Can I adjust the headset preload?

Yes, simply adjust the headset preload as you would on a normal topcap / Ahead system.

MORE FROM OUR MANUFACTORY. 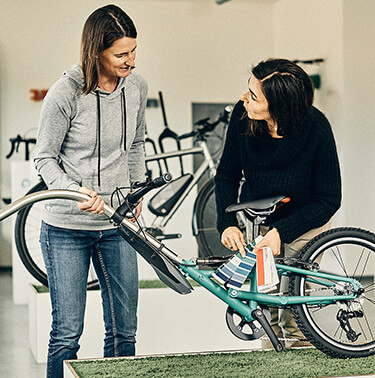 Our customer focus is not only reflected in the development of first-class bicycles. We pride ourselves on being available to you before, during and after your purchase. Personal, competent and fast.