Part 1 - Bikerafting with their Outbacks into the Siberian wilderness, Kilian and Roman prepare their bikes, boats, and minds. 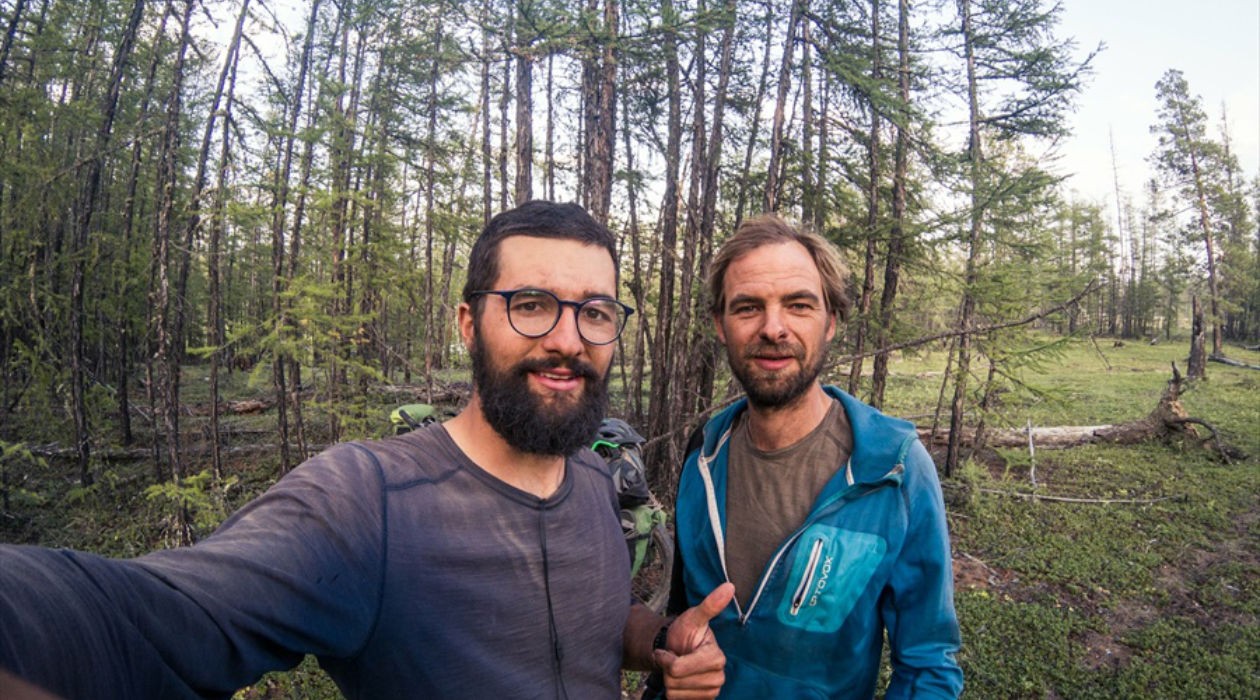 The idea of our journey started long before we boarded the plane to Russia. In fact, it was way back when 2014 was drawing to a close. It was the beginning of a strange union between Roman and me, when the first symptoms of wanderlust surfaced in us both. Admittedly, Roman and I didn't know each other back then. We only had one mutual friend. We met properly while I was working in a climbing gym, he was a patron there. One day, at the end of my shift, we got into a conversation which was only slightly influenced by beverages crafted from Germany’s famous hops. It did not take long for us to discover our common interests and afflictions…and so we decided to venture a journey together. By bicycle. To Tajikistan. At that time, for whatever reason, we were given the title "The Tadchicks" (a play on the pronunciation of Tajikistan: “Ta-jik’s”). This should also explain the references in our second journey together.

To skip forward past our journey through Tajikistan, at the end of our four-week tour through the Pamir Roman and I had had a bit of a fight. A big fight in fact. It came at the moment when we were being forced to give up our freedom and return to our “civil” lives. Perhaps it was that existential angst, or perhaps we were both just hangry. We had lost seven kilos of body weight, and hunger had been a constant companion on our journey. We both knew that back in Germany, piles of work were waiting for us. Backed up inboxes and impatient clients. Real life. But it was at the Tajik airport where things boiled over, and we were forced to confront corrupt security officials. I ended up paying a paltry ten-dollar bribe to free Roman from an inspector who thought we were a little too happy after having a couple of beers after our long journey.

It was at that moment I realized how cheap it was to bribe people in uniform, but also the moment I swore to myself that I would not travel with Roman again. But never say never - in December 2017, that two-wheeled-wanderlust began to emerge once again.

There is an old adage that says, "No good story starts with a glass of milk". And while we have not scientifically proven this (it is inherently difficult to prove a negation), we did confirm that good ideas (sometimes) arise in the company of beer. After days of internet research, we came across some old military maps from the USSR. While they were not the most current, they were incredibly detailed. We travelled with our fingers to every corner of the ex-Soviet Empire: Kamchatka, Mongolia, the Altai Mountains and the region around Lake Baikal. But none of it really made sense if we were to travel without taking extra flights and facing exorbitant travel costs. Roman casually mentioned the idea of "bikerafting", a combination of riding by bicycle and paddling with a packable, inflatable boat – a concept that was relatively new for us Europeans. Suddenly, the maps of the Soviet Empire appeared in an entirely new light. Roads and rivers, in combination, now created an entirely new transportation network opening up an entire wilderness, with endless routes and limitless exploration. This was another good idea.

Researching The Road of Bones

After drafting and throwing away a few route ideas, we came across the eastern Russian republic of Yakutia. It is about ten times the area of Germany, but with fewer than a million inhabitants distributed in small pockets throughout the region. We quickly decided that this would be our playground. After further investigation we also found a road of real significance. A gravel road. The Kolyma Trassa, known as the "Road of Bones". This road had come into the limelight in 2004 when Ewan McGregor (aka Obi Wan Kenobi, from recent the Star Wars saga) rode his motorcycle from Jakutsk to Magadan as part of this trip around the world. At the time, he had been unable to traverse the road of bones without the help of a convoy of Russian trucks…the rivers were too powerful to cross by motorcycle. It became clear to us: We have to go there.

But our route planning was very difficult. From 10 000 kilometers away and without useful travel reports it was all but impossible to truly get a sense the terrain and routes. This was not exactly a tourist trap. A road on a map from 1950 may well have been reclaimed by nature long, long ago. By the end of 2017 our planned route contained a total of approximately 1300 km on the Road of Bones. Afterwards we wanted to traverse 200 km through the Pampa (plains), paddle 20 km over a glacial lake, pedal 150 km across a pass then cover the last 500 km on a river towards the Sea of Okhotsk. This was in our plan, but it was not in the cards.

The scheduled return flight from Ochotsk was cancelled at the beginning of 2018. A bitter setback for us, because the quaint gold-mining town would only be reachable by boat or by rickety plane from Khabarovsk, which was even further away. There was no justification for the cancellation from the airline. Apparently the small village at the edge of the Okhotskischen Sea was no longer a popular travel destination for Russians aristocrats. As a freelance photographer, this route would have worked for me, but was not feasible given our timeline - Roman had sacrificed his entire annual vacation for this adventure, and we had no time to spare. Such is the employee's eternal suffering. The planning started again (we were on “Plan E” or “Plan F” in the proverbial alphabet). We didn’t give up, and continued along the original route in the hopes of finding an alternative.

Logistically the last (and what would be our final) route was no walk in the park. Bike, boat, tent, safety equipment, first aid and several kilos of food had to be shipped or flown to Jakutsk. The Russian transport regulations would be worth a separate chapter here. Fortunately, we had some support to minimize the risk of a technical knockout: Bikes from the noble forge of Tout Terrain in Freiburg, waterproof bags from Ortlieb, white water Packrafts from the Anfibio-Packrafting Store. All eventualities should be covered. 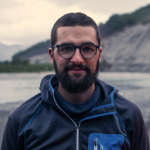