Cycling Adventures in and around Freiburg, Germany

Exploring Freiburg and the surrounding mountains by bike 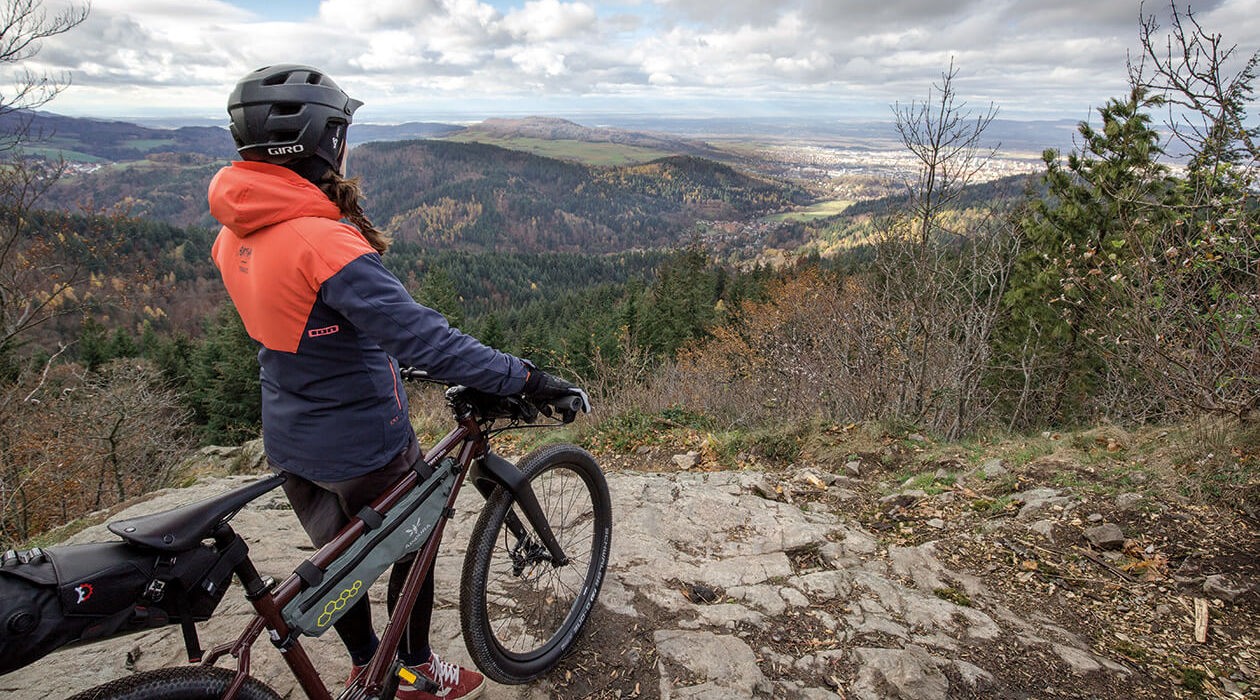 Freiburg is a city unlike any other in Germany: It is known for bein a "Green City",  the warmest city in Germany, the gateway to the Black Forest and, last but not least, a destination for those who enjoy sports in nature. So it's no wonder that Freiburg, the home of Tout Terrain, is a real bicycle city. Alan and I have explored the city and the nearby mountains by bike and found some cool places to share: 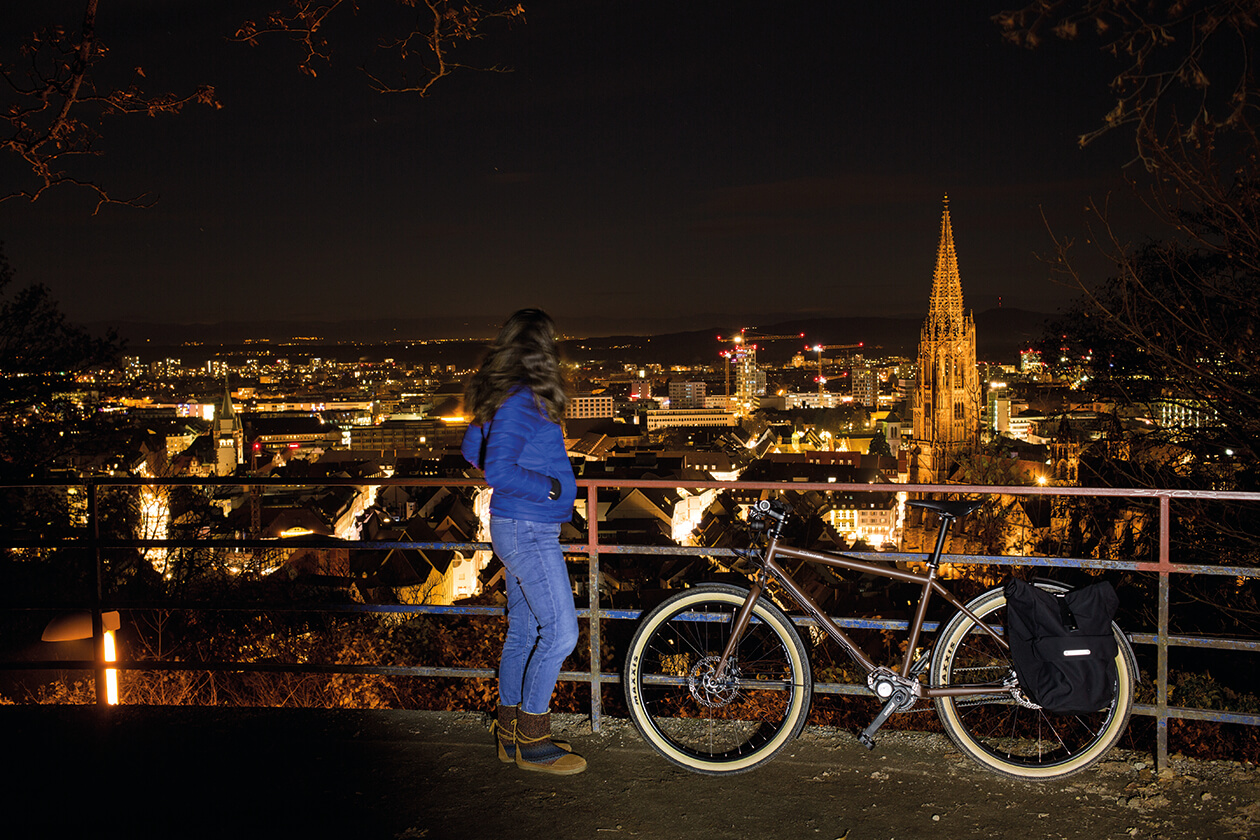 Behind the "Swabian" and "Martinstor" gates lies the historic Town of Freiburg, the centre of which is the Gothic cathedral. The alleyways around the landmark are often accompanied by small aquaducts in the streets through which water from the river Dreisam flows. An aquaduct can also be found at Augustinerplatz, a hill lined with steps in the middle of the old town, which is a popular meeting place for Freiburgers. A panoramic view over the old town can be enjoyed from Kanonenplatz, which­ is built into the Black Forest foothills of the castle Schlossberg like a balcony. ­Modern architectural accents, on the other hand, are set by the Freiburg Concert Hall or the newly erected University Library which ­offers a spectacular sight­, especially at night while illuminated. Not only is the centre of Freiburg is worth a visit: those interested in sustainable urban planning should take a closer look at the partly car-free district of Vauban. 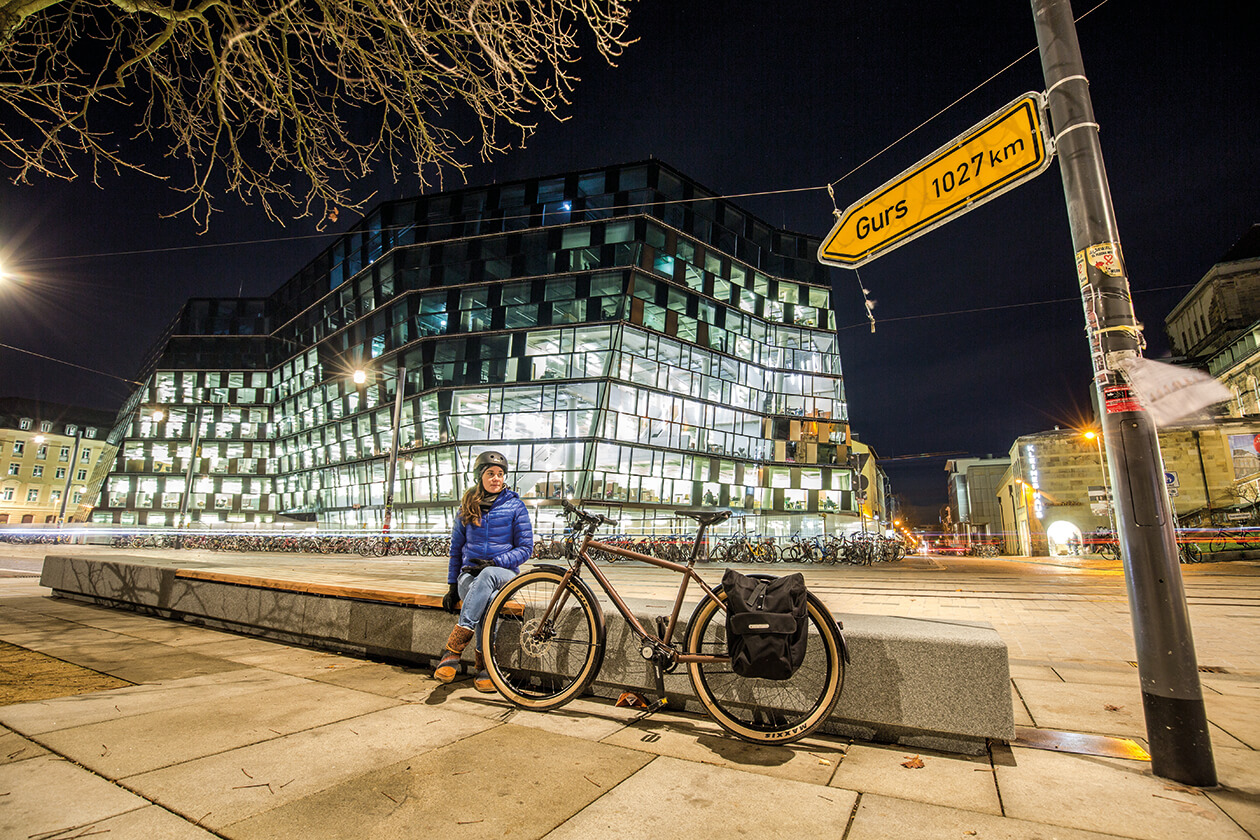 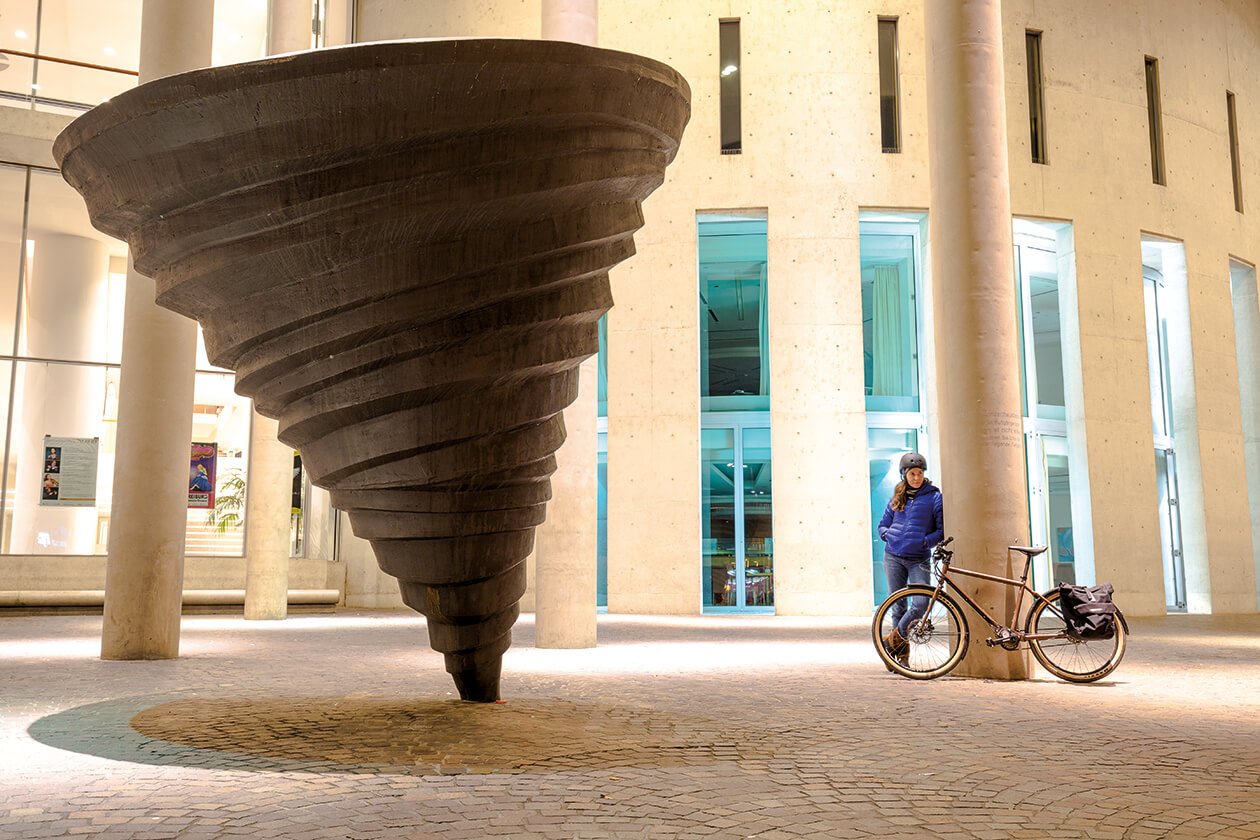 Those who prefer to explore the city by bicycle are in the right place in Freiburg and definitely not alone: More than a third of all routes within the city are covered by bicycles and use more than 400 kilometres of cycle paths. The FR1 cycle route runs along the Dreisam River in an idyllic location and allows you to cross the city east-west without having to stop at a single traffic light. Two more cycle thuroughfares are currently in the development phase. Even off the main routes,­ city cyclists will find excellent conditions - thanks to,  among other things, the extensive network of cycling paths. The fact that­ cyclists are close to the heart of the­ city administration is­ evident at the Wiwili Bridge at the main railway station. Here a display counts how many cyclists cross the bridge every day - and the city thanks cyclists for new record numbers with a banner prominently placed on the bridge. 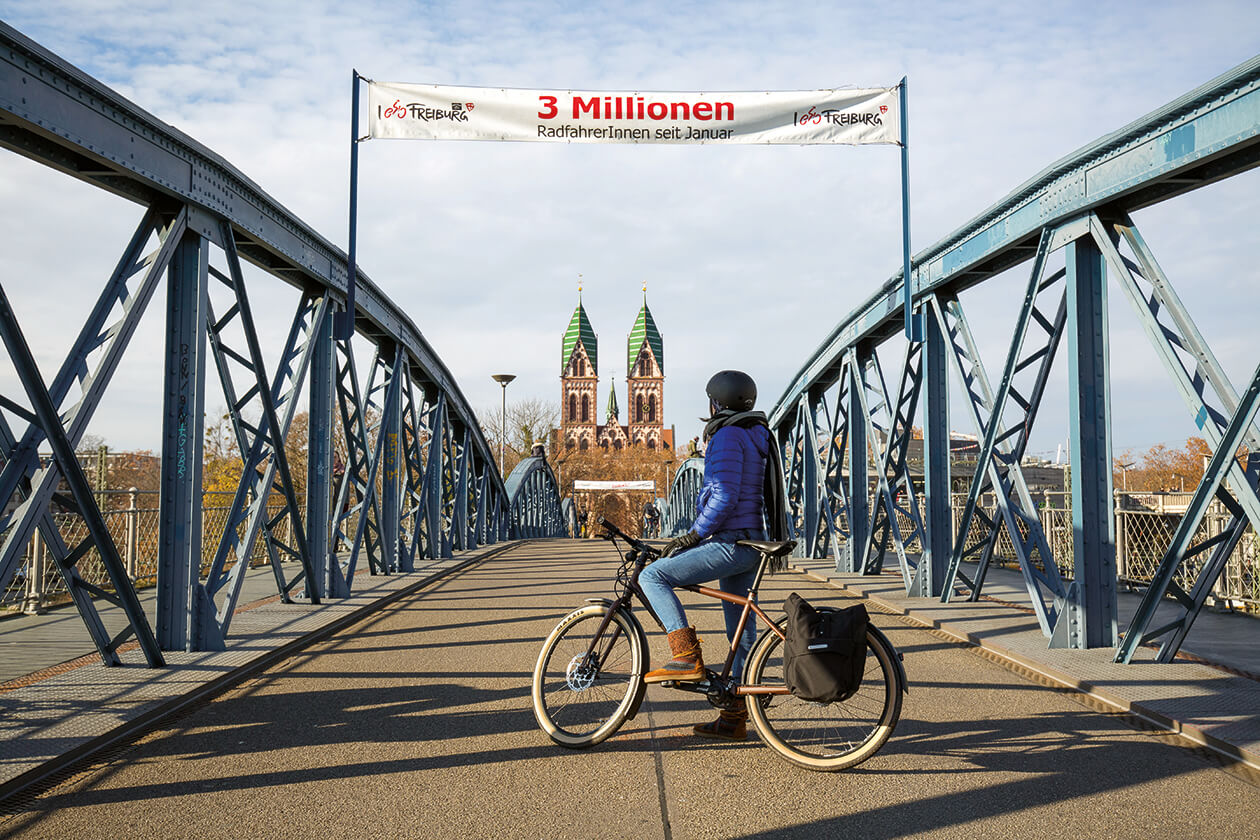 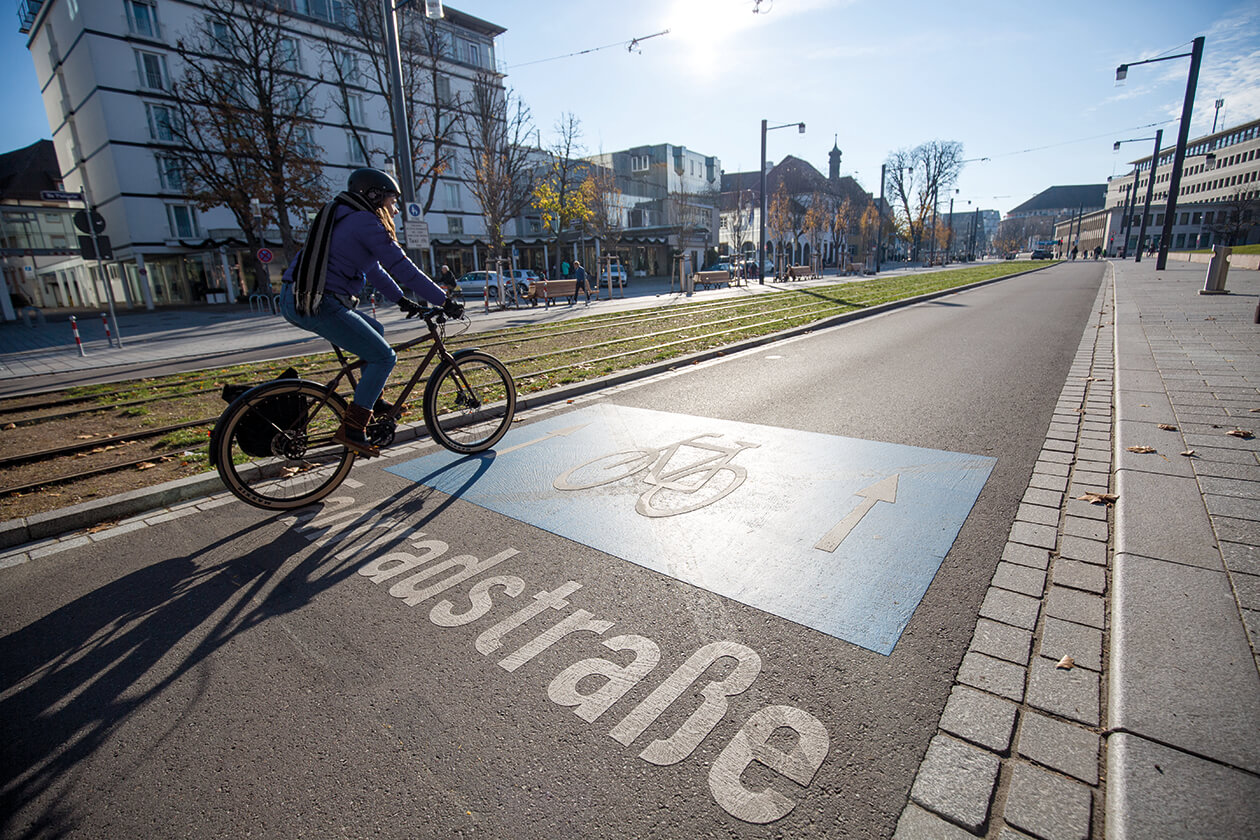 The local Freiburg mountains contribute to the very special charm. An excursion to the Kybfelsen is a true micro-adventure. Those who have ventured up the the 500 meter elevation climb can expect a magnificent view to the west. Mountain bikers with long-travel bikes get their money's worth on the Canadian Trail. The signposted forest and forest paths let you navigate comfortably. Trails are also waiting in the woods at Rosskopf, the summit of which­ is located at 737 metres above sea level. For­ the panoramic view of the Black Forest,­ however, the 34-metre-high Friedrichsturm is a must-see. If the weather is good, you cen see the Alps from the top. If you don't want to go quite so high, you can set off on a contemplative Schönberg tour. Here, the proximity of urban and natural space becomes particularly clear, as the view sweeps over Freiburg to the 1200-metre-high Schauinsland summit. The paths to the top are steep and sporting. Every meter climbed rewards you with a view. We were treated to a sunset over the Vosges mountain range in France. But even in questionable weather, Schauinsland is the "place-to-be" as you climb up above a sea of clouds, from which peaks and entire mountain ranges rise like islands. 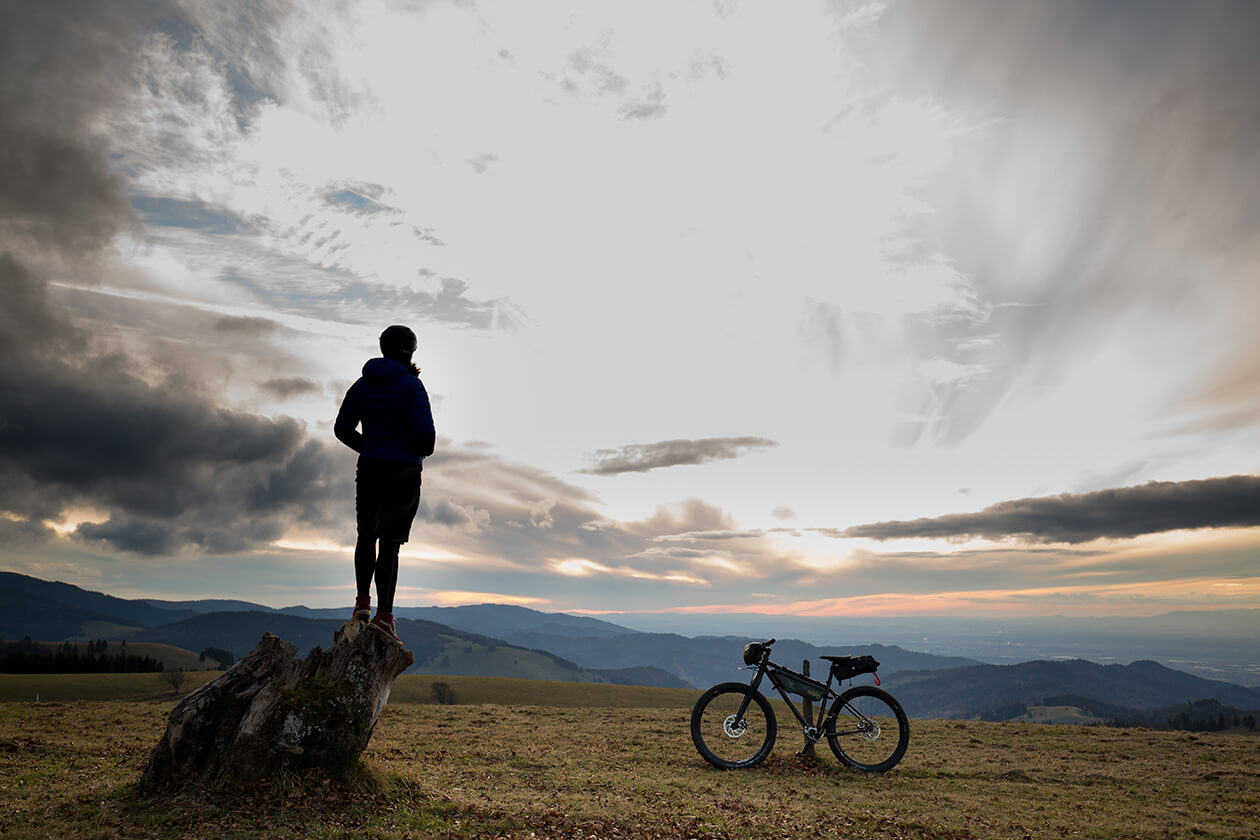 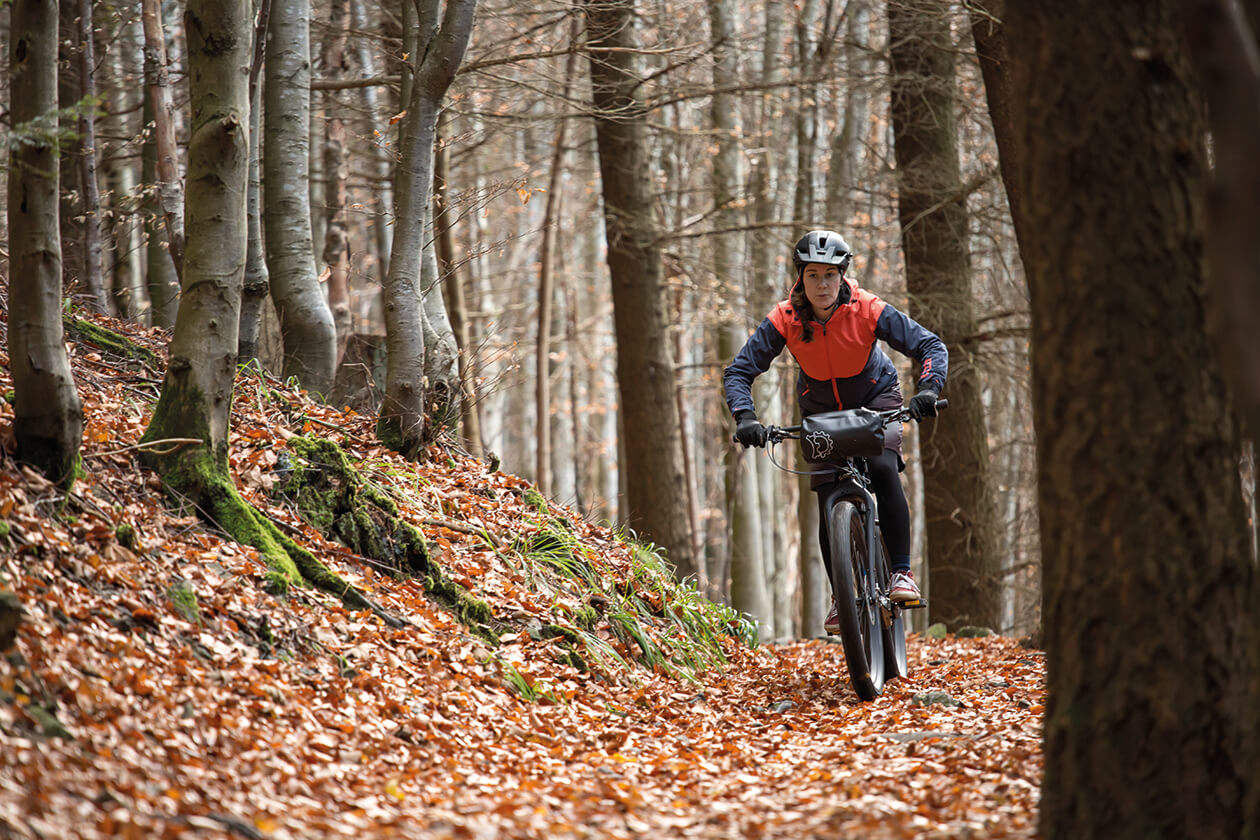 Many Freiburg Mountainbikers meet for post-ride recovery at the Biosk in the east of the city, a mixture from kiosk and open air Café. In addition to hot and cold drinks, the hungry cyclist will also find simple daily dishes such as quiches or soups and a fine selection of (bicycle) magazines. A more central point of contact is the Café Marcel in the Stadtgarten, which also works according to the kiosk principle and is known for its good coffee which is locally roasted in Freiburg-Günterstal. Those who, the longer tour up to the Schauinsland should take a break in the Gasthof Holzschlägermatte. Here the guests can expect Baden cuisine paired with Black Forest flair and distant views. 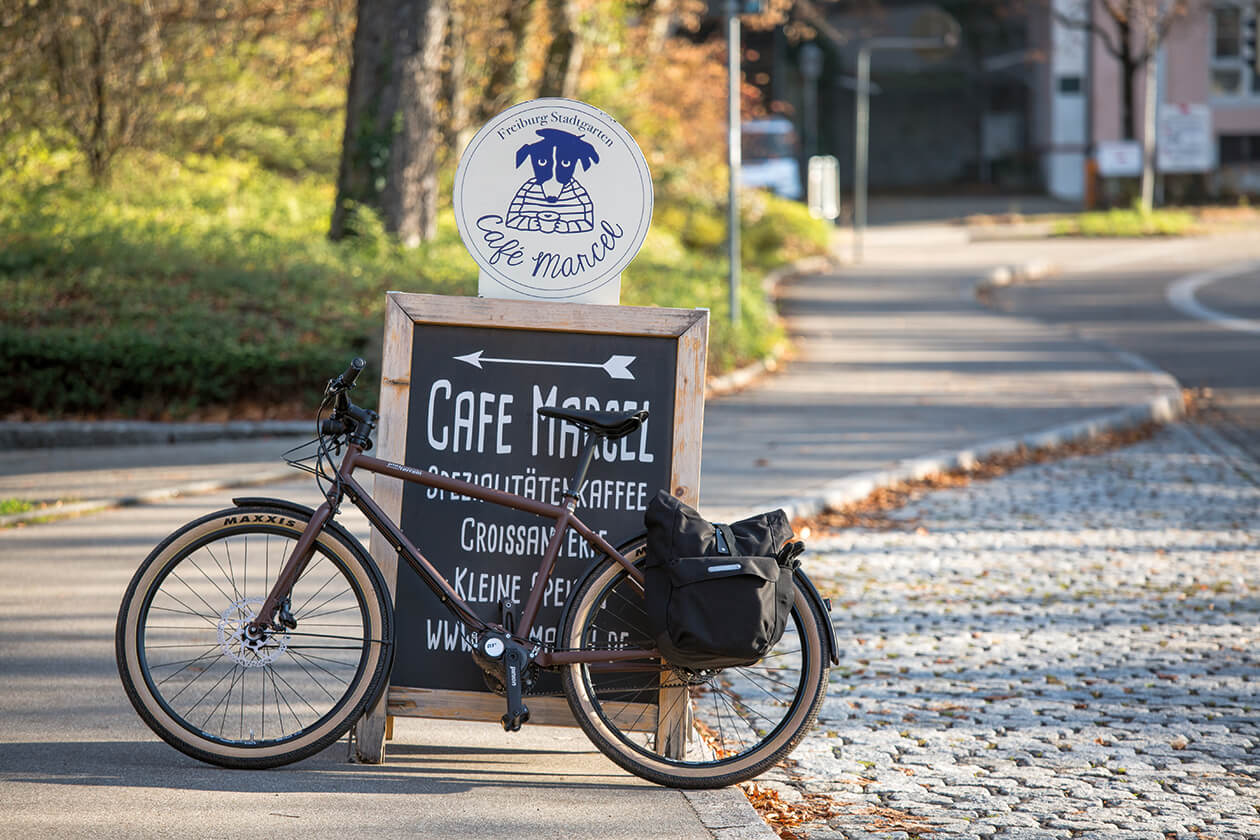 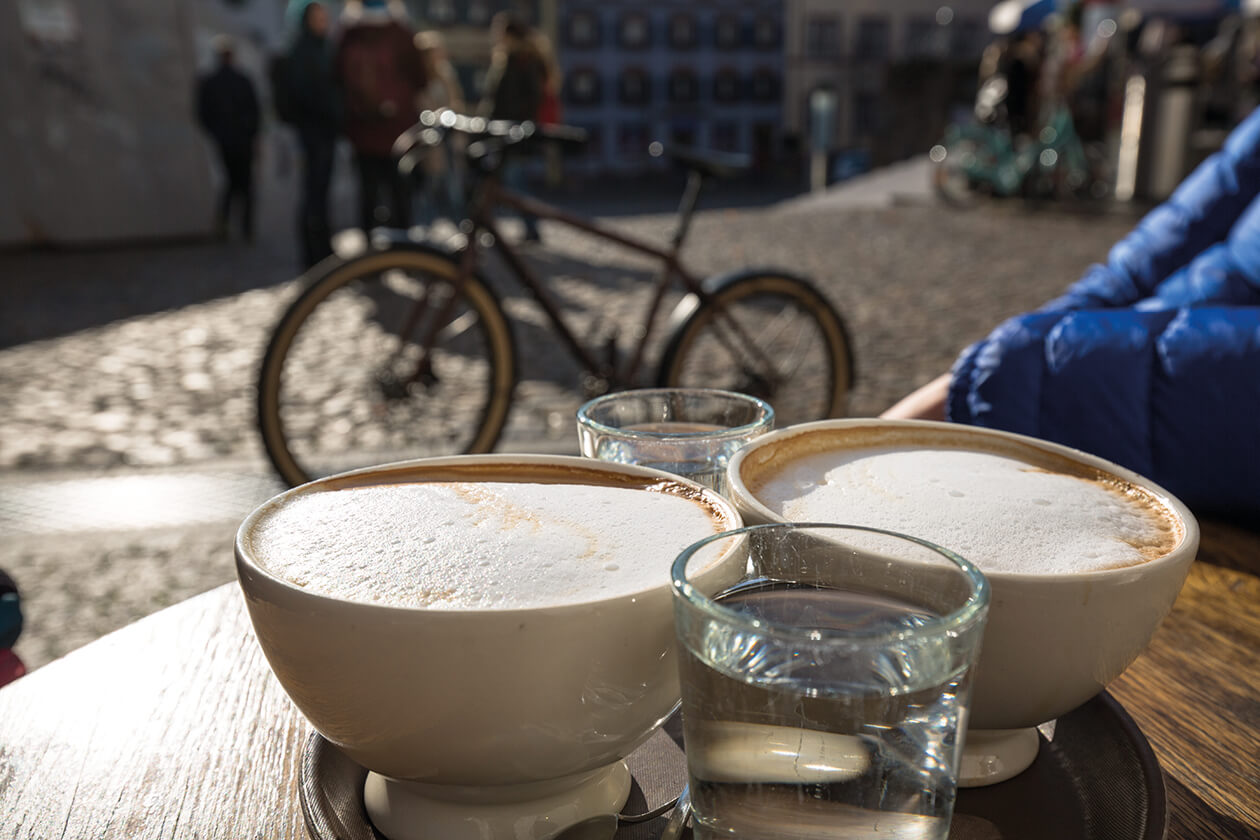 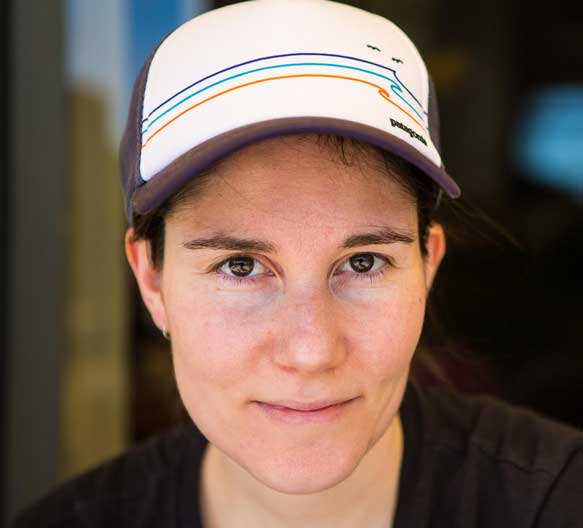