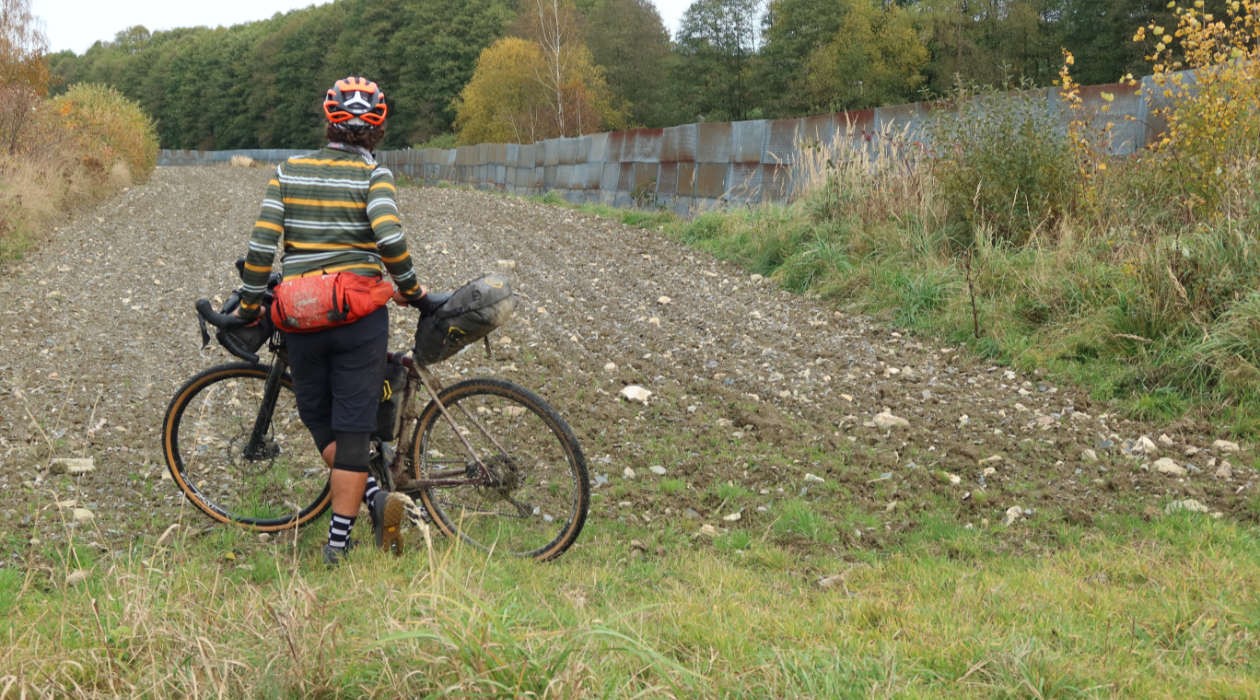 When I grew up as a child, I learned cycling on a 700cc steel bike. It was a Diamant bike which my mum used each day to cycle to school. To start with, my place was in a child’s seat behind the handlebars. After a few years I tried my own first pedal strokes on my mum’s bike. It was a step through bike, and not at all the easiest to learn on. All other bikes in our family were of a similar size, but with a top tube that was at eye level for me. My mum’s Diamant was the best I had, and while it took me a few weeks to get there, I eventually managed to cycle around our small garden in the outskirts of town.

Unity on a Gravel Bike

My first bike ride gave me a small idea what personal freedom felt like. The opening of the Berlin Wall and the fall of the Iron Curtain gave me that large chunk of freedom, which ultimately made it possible for me to cycle around the world on a singlespeed bike.

Fast forward more than 30 years. Looking at the Tout Terrain Vasco, I am reminded of those first baby steps into a cycling ‘career’. Wheel size and frame geometry haven’t radically changed since those days, but everything else has. While the classic skinwall Schwalbe G-One Ultrabite tires I have chosen for the trip look vintage, they have nothing in common with the heavy touring tires I learnt to ride a bike on. Drop bars existed only for Peace Race riders in East Germany, and a single gear would do back then. Any belongings were stuffed in a basket on the rear rack, not in lightweight and waterproof bags mounted on the frame. 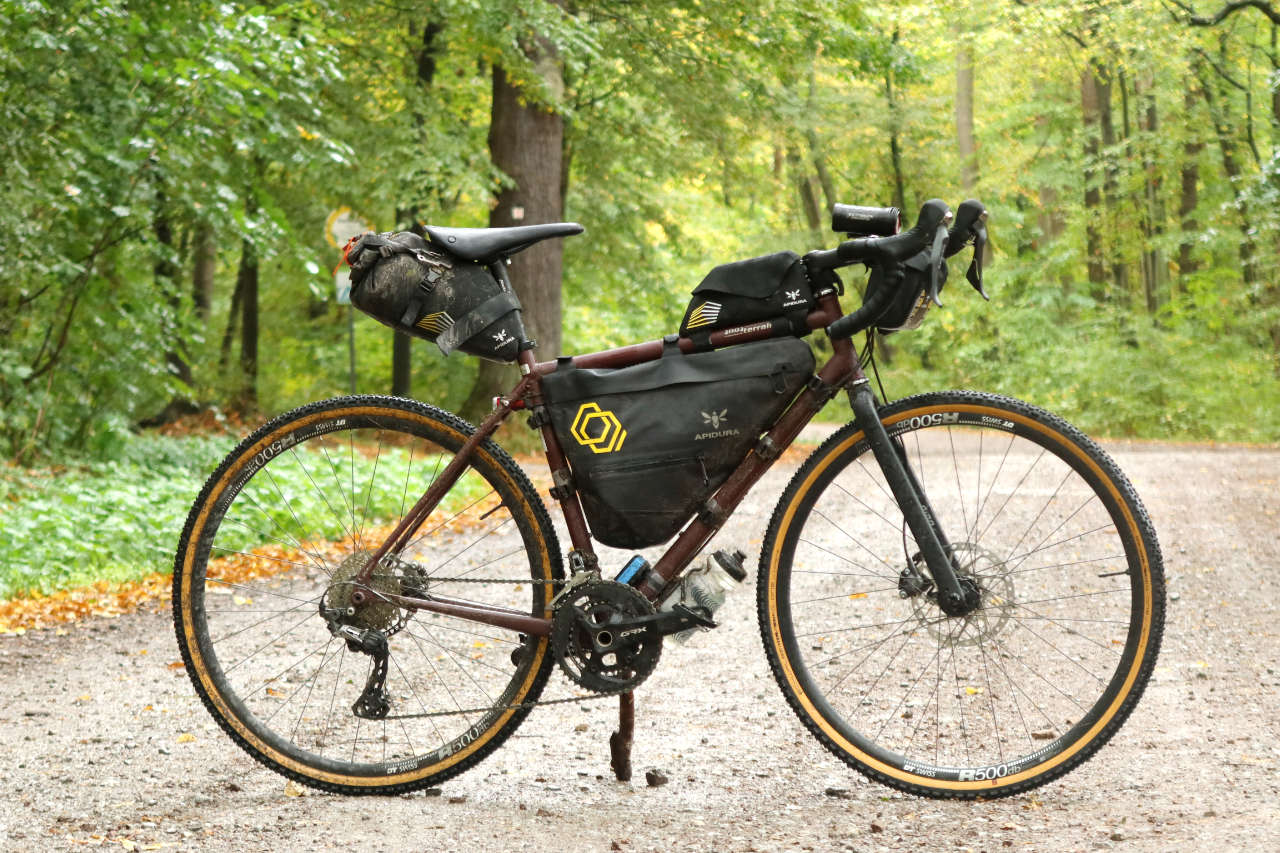 While progress and change are sometimes challenging, I have always embraced them. The Tout Terrain Vasco keeps the simple aesthetics and versatility of a classic diamond style steel frame. I admire the precision and the light shifting of the GRX drivetrain, even on climbs well beyond the 15% mark. The Cinq carbon fork adds additional comfort to the bike, which is extremely versatile: long gravel tracks, stretches of tarmac, technical singletrail and river crossings, the bike is fun to ride in loads of environments. It’s a bike which almost 100% matches the requirements of the Iron Curtain Gravel Trail. I already tested the prototype on the Orbit 360 route in Thuringia, and when I returned to Germany in October, I mapped a route for it.

When I learnt cycling on my mum’s bike, I wasn’t aware of the border fortifications that separated us from our relatives in West Germany. My world centered around the small apartment block I grew up in and the garden nearby, playing with friends and family and watching the Peace Race when it passed my hometown Heiligenstadt once. Other times I would follow it on television. Cycling entered my life in early years, and contrary to a TV, it has stayed with me. 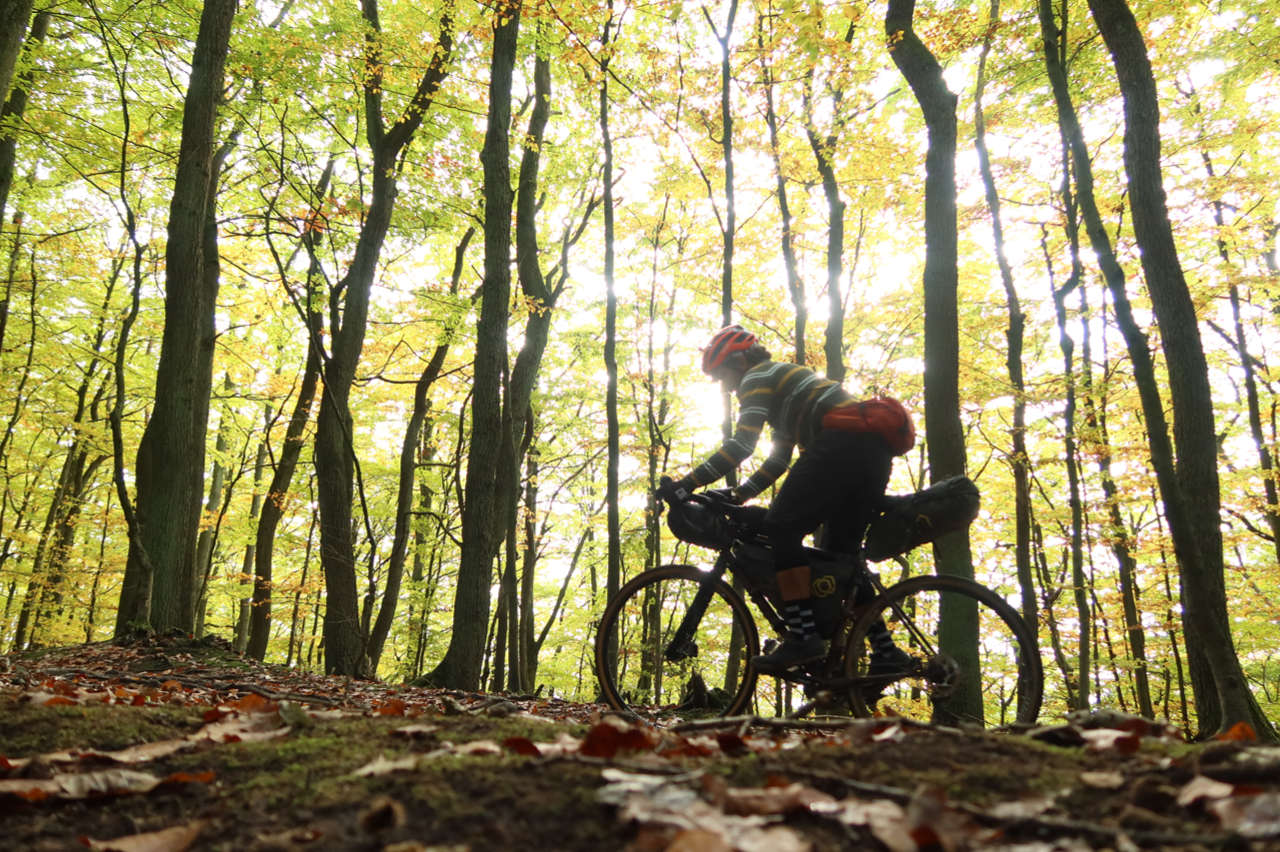 With designing trails steeped in history and making documentaries, storytelling to inspire others to cycle and follow my ideas are at the very heart of my life. The new film Grenzerfahrungen and the Iron Curtain Gravel Trail, a 687km cycling adventure to discover European and German history, are no different.

I enjoyed not only the beautiful countryside and the personal memories connected with the route and film. While the whole Iron Curtain stretches 6,800km from Finland to Greece, I picked a section that I knew very well, and that's cycleable in one or two weeks. And while Germany might not be the top gravel destination when you search in Google, it has as much to offer as hotspots like Scotland, the US, New Zealand, Chile or Morocco.

It was here that American and Soviet troops were facing each other directly during the Cold War, as the Fulda Gap offered one of the two obvious routes for a hypothetical Soviet tank attack on West Germany from East Germany. 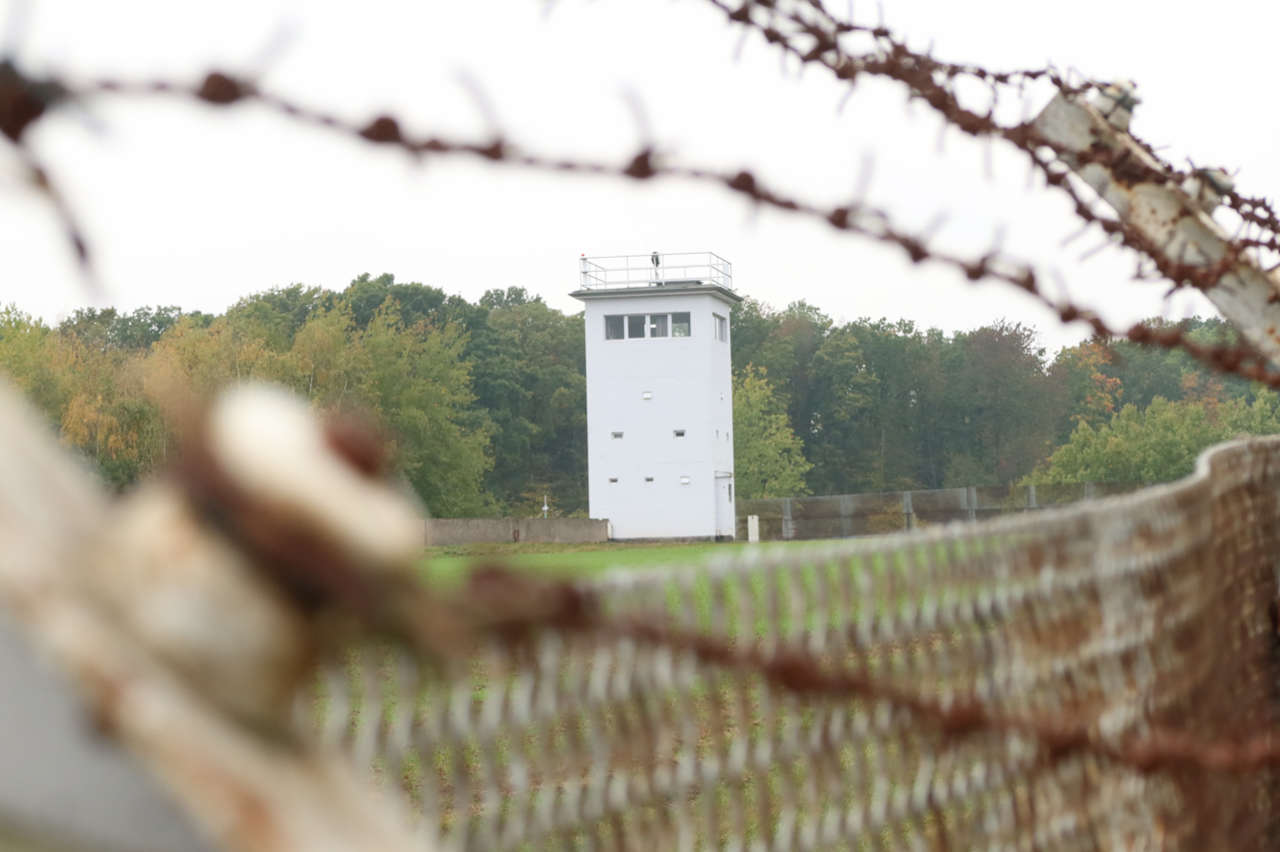 The more you step forward over the edge of the cliff, the more the ground literally dissolves under your feet. As part of the whole, you stand in the midst of nature. 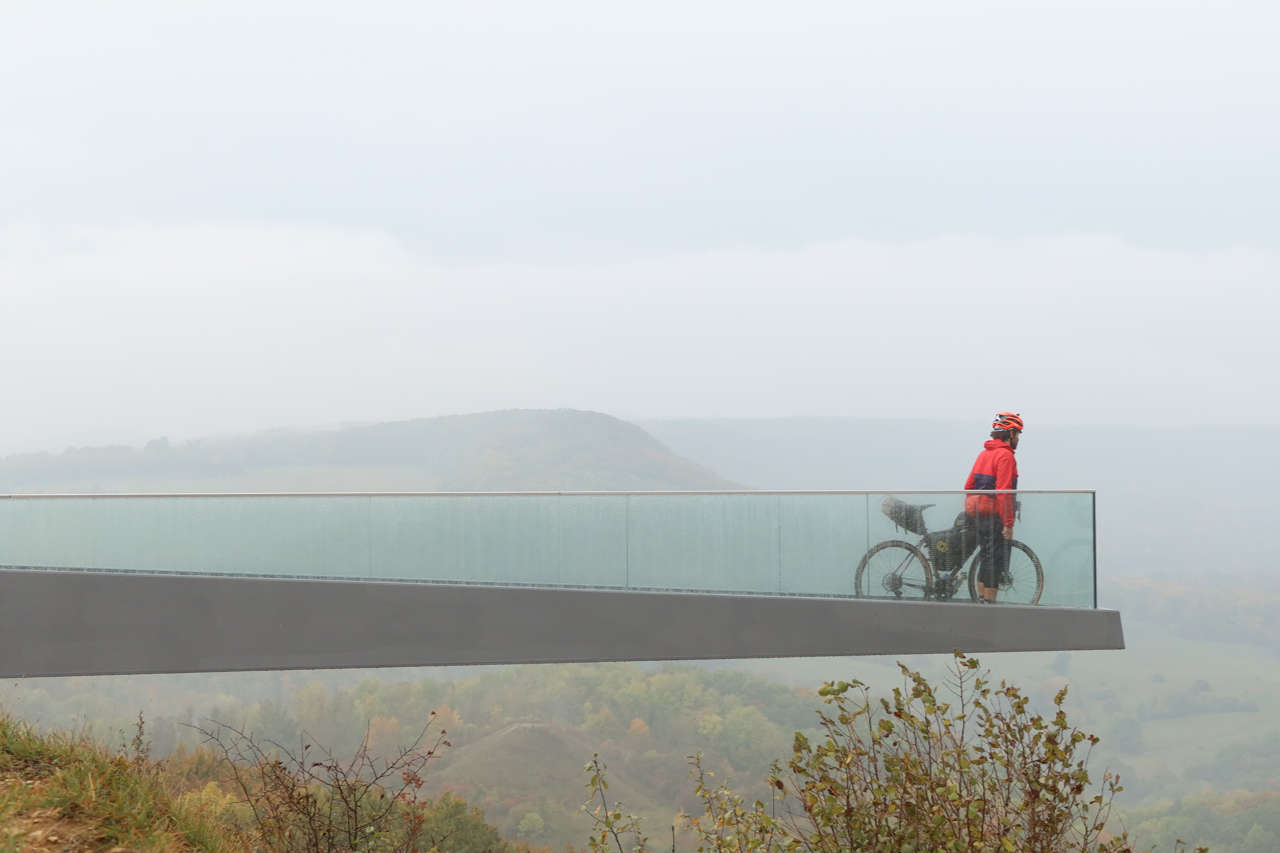 Ummerstadt is the second smallest town in Germany. It’s still big enough to host a community brewery and one of the best bakeries I passed along the route. And if you need a hand fixing your bike, watch out for a tractor driver on the town square. It worked for me! 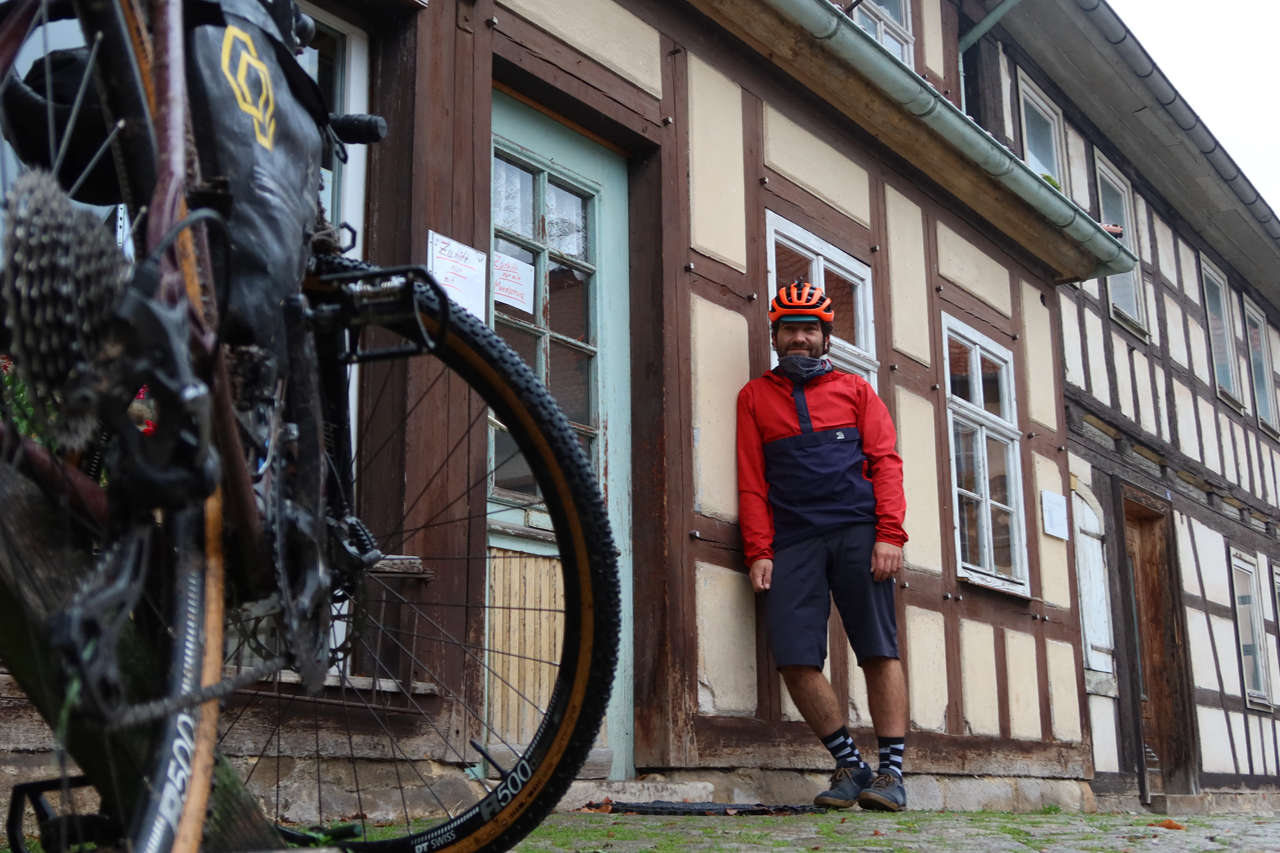 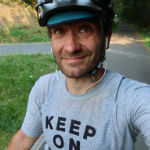